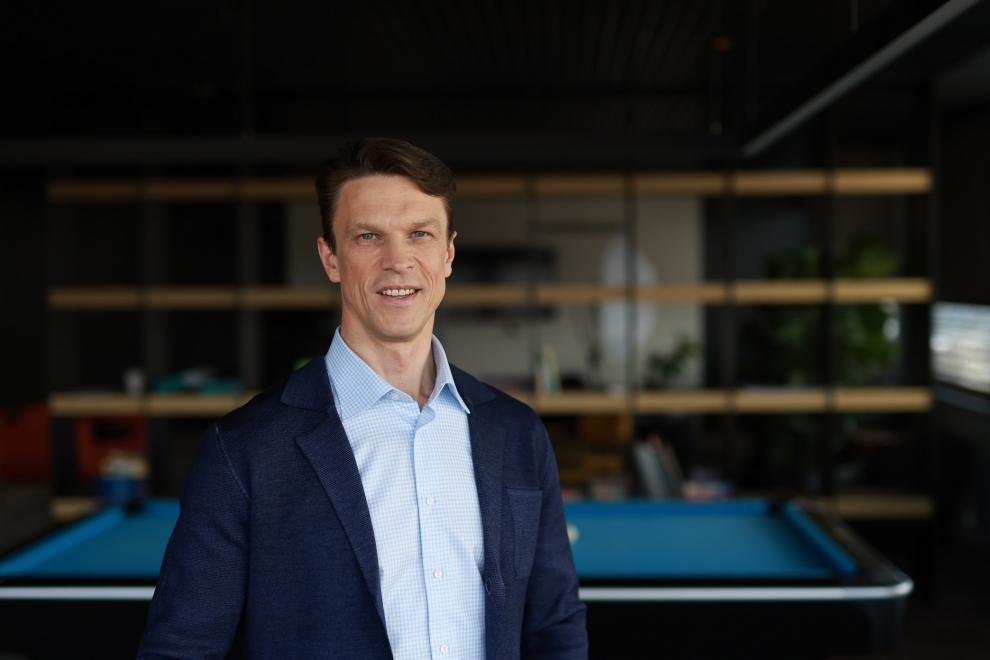 Realco, one of the largest real estate development companies in Lithuania, counts a record year. Last year the company sold 534 dwellings in projects in development, of which 500 are located in Vilnius and 34 in Šventoji. This is double the number of the sales in 2020, when 265 dwellings were sold. The value of the preliminary contracts signed was EUR 67 million.

“Although last year’s sales results were the best in the company’s history and we were among the leaders, it was not an easy year. It required RE developers to react quickly to the changing situation and to constantly seek solutions. The good thing is that we started 2021, which was a record year in the RE market, with a very large stock of 843 housing units,” Julius Dovidonis, CEO of Realco, said.

The company sold the largest number of dwellings in the projects Prie Vilnelės (173), 7 Vakarai (165), Go Life (145), as well as in the completed projects Šventosios Vartai (34), Žvėryno Panoramos (16) and Linkmenų Ežerai (1) in the 3rd stage. The project Prie Vilnelės was the leader in terms of sales among all projects in the capital market. Realco sold more than 22,000 sq m of residential space last year.

“The beginning of 2021 in the capital’s real estate market was unpredictable and much more active than the end of the year. The infusion of millions of pandemic funds into the market, record bank deposits of the population, rising wages and soaring inflation have encouraged investment in RE. However, the sales volumes declined slightly as the year progressed, returning to their historical average in the third and fourth quarters. This was due to the stock glut in the second half of the year, rising housing prices, and changes in the behaviour of buyers and developers. Due to the drastically prolonged time-to-market of new projects and high construction costs, developers were not in a hurry to sell off the already launched projects, but reacted to the sudden surge in sales by increasing the price,” Mr. Dovidonis said.

The construction price of a mid-range project increased by about 20% within the year, while land plots in the economy and mid-range segment doubled in price within the year, and even more in the high-end segment. Last year also saw changes in the legislative framework, which led to the introduction of new taxes for developers, such as an infrastructure development tax and a new state land rent tax. The stock of new housing remains at record lows, with the capital’s market ending the year with only around 2,800 available dwellings. According to Mr. Dovidonis, last year, project proposals that were expected to “inject” more than 8,500 dwellings into the market were made public, but due to the slowdown in the project approval deadlines, the proportion of dwellings that have been started to be built is relatively small – only about 1,200 units.

The economic changes and the drastic changes in the RE market have led to rising house prices. The situation remains challenging, so there are no signs that house prices will tend to fall in the near future.

Last year, Realco launched the construction of two new projects – Prie Vilnelės in Markučiai and Go Life in Baltupiai, as well as the second stage of the 7 Vakarai project, which is being developed in Pašilaičiai.

According to Mr. Dovidonis, last year, the company was able to increase the value and attractiveness of new dwellings by offering additional solutions to meet the changing needs of buyers. For the 7 Vakarai project in Pašilaičiai, the company has prepared and offered three full finishing options to the future tenants.

“We have noticed a growing demand for full finishing, which is particularly pronounced at a time when there is a shortage not only of building materials, but also of reliable professionals. The decision has paid off – about half of the apartments in the 7 Vakarai project are bought fully finished. A few years ago, such trends were hard to imagine, but now we can see that buyers’ behaviour is changing quite strongly – newcomers no longer want stress, to worry and waste time. More and more buyers are willing to entrust their home finish to professionals and associate their new home only with positive emotions,” Mr. Dovidonis noticed.

The company has successfully tried to offer fully finished dwellings, and some of them even with furniture and interior details, to the buyers of Šventosios Vartai for the first time. One such home, furnished exclusively with products made by Lithuanian designers, won the title of People’s Choice (Metų Tautos Interjeras) at the Annual Interior of the Year/Golden Palette 2020 Awards. Later on, Šventosios Vartai was ranked among the TOP5 best residential projects in the Baltic Real Estate Awards.

“After a very successful year, the company’s housing stock is now down to around 270 dwellings. We are working hard to bring new projects to the market in the near future and to supplement our housing stock. Although the new master plan of the Vilnius city, approved in the middle of the year, has freed us up to develop residential projects on some land plots, unfortunately, more intensive and faster development is still being hampered by project approval processes. Long deadlines for obtaining building permits prevent an increase in housing supply, which is still at record lows in Vilnius,” CEO of Realco said.

However, the company expects to obtain a building permit and start a construction of the high-end project Algirdo 3 in the near future. It is also intensively working on the preparation of the design proposals for the residential project in Didlaukio Street and are focusing on the development of another high-end project in Milda Street. Realco expects to offer a total of around 600 new apartments to the market this year, of which around 160 will be of the premium class.

“We are going into 2022 optimistically. We hope that it will pass without strong external shocks, and that the price growth in the real estate and development components will stabilise and turn from rapid to consistent. Realco is ready to further strengthen its position in both the residential and commercial segments, which we see already showing signs of recovery,” Mr. Dovidonis said.

Realco also names the business centre Hero, which will be built in the central part of the city, on Lvovo Street, as a priority project for this year, for which the company expects to obtain a building permit and start construction works in the nearest future. A modern business centre with 31,000 sq m of leasable area is expected to be built within a few years, with the aim of obtaining a BREEAM Excellent certification for sustainable buildings and the country’s first international WELL certification for healthy buildings.