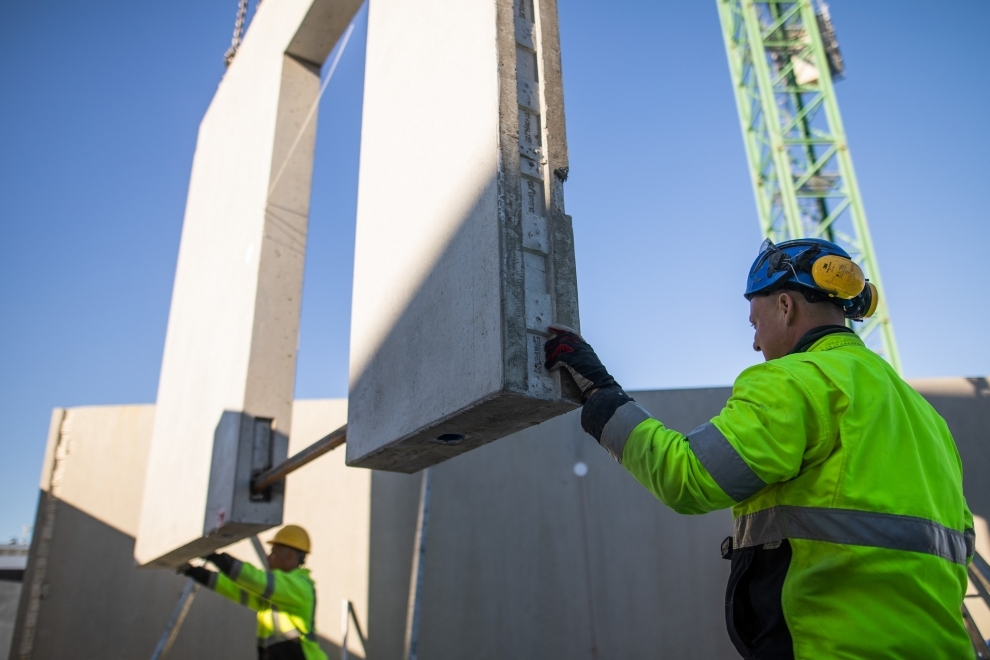 The Vilnius primary real estate (RE) market, which started to slow down in the third quarter of the year, continues to see a downturn, although construction sites are intense, according to Realco. RE developers are rushing to implement over 30 residential projects that have filled the capital’s skyline with construction cranes.

Historically, the end of the year used to be a busy time for RE developers, as buyers, which returned from their summer holidays, would rush to find new dwellings. Meanwhile, 406 apartments were agreed for sale in Vilnius, of which 186 were in the economy segment, 184 in the mid-range segment, and 36 in the premium segment in October this year. This is 36% less than the same period last year and 22% less than in October 2019. There are many reasons for falling sales: soaring prices, record low supply, and an oversaturated market.

“Since the first three quarters of this year saw record sales in the capital, even 86% higher than in 2020, it seems that the last quarter of the year will be much quieter. We forecast that around 1,200–1,600 apartments will be sold in the last three months of the year, compared to 2,000 apartments in the same period last year,” Lukas Cicėnas, CFO of Realco, commented.

Developers In a Hurry to Build

Despite the slowdown in the real estate market, developers are working hard to meet their commitments to buyers. Only about a third of the housing supply was under construction or in the very early stages of construction at the beginning of the year, while as much as 40% of the supply was already in completed projects. Now the market situation is radically different – about 45%, almost half, of the available housing supply is under construction, while not even a quarter (23%) is built.

“With the beginning of the housing boom, which lasted throughout the first quarter of the year and April, the supply of housing in completed projects dried up, so developers, seeing such an active market, rushed to restock their supply and to offer new housing to the buyers – at the end of the first quarter, as much as 52% of the housing on offer were at the “paper” stage. Intensive construction of these projects is underway right now,” Mr. Cicėnas said.

Buyers in Vilnius can choose from as many as 34 housing projects currently under construction. Pilaitė, Šnipiškės and Naujamiestis remain the most popular neighbourhoods in Vilnius. However, due to the rising prices of housing for sale and the lack of land plots closer to the city centre, RE projects are starting to be developed more actively in the more remote parts of the city – in the more distant part of Pilaitė, in Lentvaris, Naujoji Vilnia, and Gulbinai.

Shortage of Materials Slows Down Construction

However, in order to satisfy the huge demand in the new housing market, to meet commitments to buyers, and with dozens of larger and smaller projects coming on stream at almost the same time, developers are facing new challenges, such as the rising cost of building materials and the disruptions in its supplies, as well as shortage of workers, which can lead to longer deadlines in some cases.

“At the beginning of the year, when real estate market participants were actively planning construction and ordering materials and works in advance, we saw sharp price hikes in practically all material categories. The situation remains challenging across Europe, so it is difficult to expect a fall in raw material prices for now. In addition, while getting new projects off the ground, developers have recently faced with a challenge of contractors being very busy, with some of them having work to do for a year or more in advance,” Mr. Cicėnas said.

CFO of Realco is pleased that the construction of the company’s projects is much underway and even past the midway.

The first stage of the multi-apartment buildings project 7 Vakarai in Pašilaičiai is scheduled to be completed at the beginning of next year, the construction of the second stage of the project has already started, one block of the project Go Life in Baltupiai is being completed, and the project Prie Vilnelės in Markučiai is being built, which has attracted a lot of attention from the public.

Realco is currently awaiting a building permit for the premium class Algirdo 3 project.