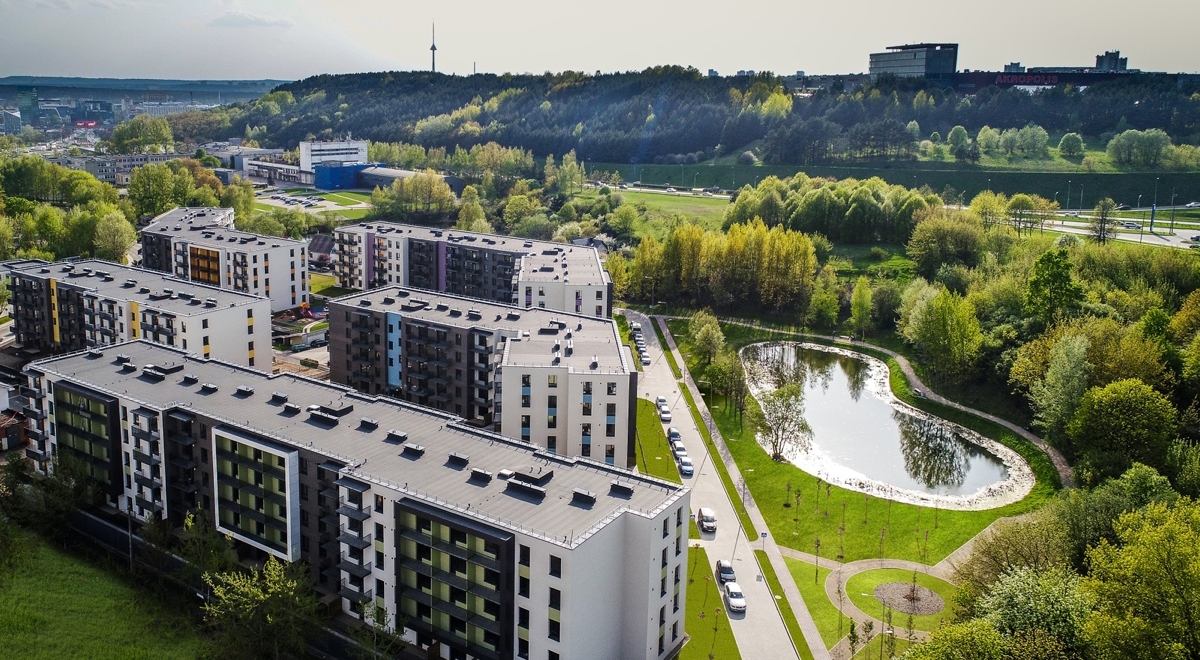 Realco Company plans to invest EUR 31 million into residential development projects in 2019. The company will invest EUR 25.2 million in Vilnius and EUR 5.8 million in Šventoji.

In 2018, the total number of flats sold by Realco in the residential development projects 'The Lakes Linkmenai', 'Žvėrynas Panorama', and 'Ozas Park' in Vilnius was 391. While the company's sales in 2017 were 438 flats.

The 'Lakes Linkmenai’ is No. 1

Last year, same as in 2017, the name of the most popular Realco project in Vilnius was sustained by estate of blocks of flats 'The Lakes Linkmenai'. In 2018, buyers purchased 179 flats in the estate developed in Šnipiškės.

Construction of the 'Ozas Park' was completed

Sales were successful:  In 2018, Realco sold 128 flats, at present the 'Ozas Park' has only 51 vacant flat. Buyers showed interest in 'Žvėrynas Panoramas' project launched by Realco in the second half of 2018. In the blocks emerging on Siesikų street in the capital city, 84 flats out of 399 have already been sold.

Investment of the company into the last stage of the 'Ozas Park' development, four blocks, is EUR 16 million. The total value of real estate projects developed by Realco is over EUR 150 million.