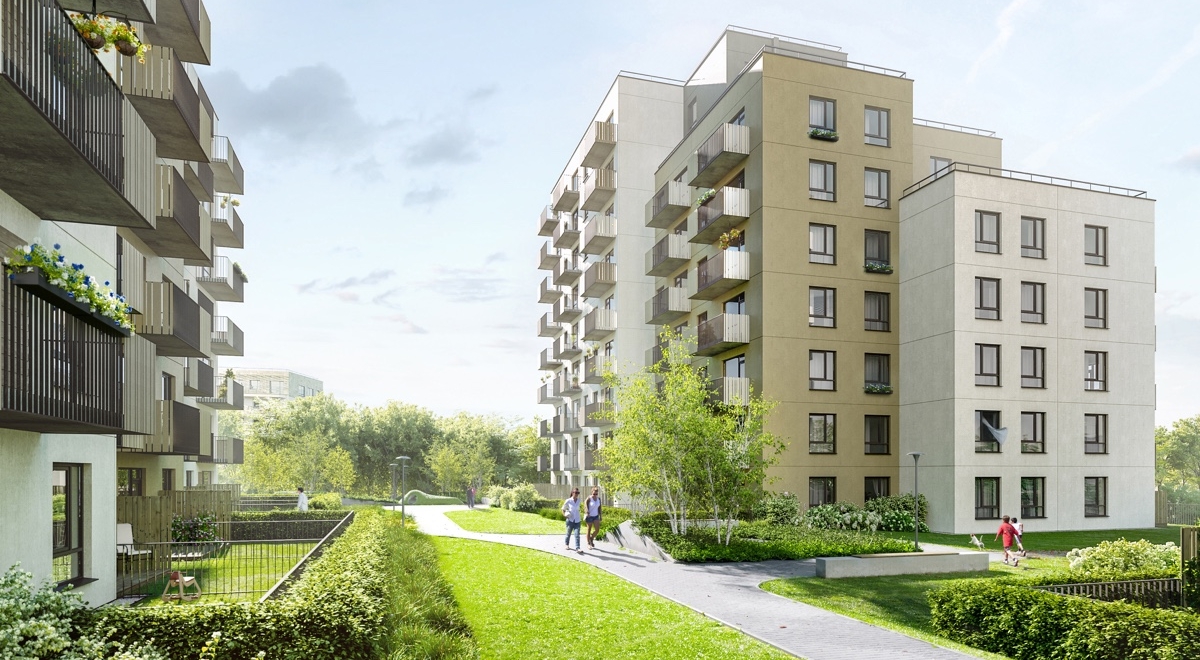 Real estate developer Realco starts constructions and sale of 278 flats in 'The Lakes Linkmenai' estate. It is the third stage of construction in this estate.

'With the third construction stage, we will complete the 'Lakes Linkmenai' estate. Last year, it was the most successful projectin Vilnius. We sold 217 flats there and stroke the record among all residential projects in Vilnius. 97 per cent flats in this estate has already been sold', said Realco Sales Director Marijonas Chmieliauskas in the press release.

According to him, the success of the estate was determined by several criteria: 'Buyers evaluated the opportunity to buy home in recovering part of Šnipiškės district, which is close to the city centre. Vilnius citizens chose the neighbourhood of little lakes and improved green spaces next to the state', affirmed Mr. Chmieliauskas.

Excellent news is planned new bicycle paths for new home owners who appreciate alternatives to cars. Vilnius City Municipality is planning restoration of the green zone between the streets of Linkmenų and Geležinio Vilko and construction of bicycle paths from Konstitucijos avenue to Ozo street. At present, the municipality organises publicity of the developed project of restoration of habitats of the River Neris old riverbed.

By now, five 5-storey blocks of 550 flats are already constructed in the 'Lakes Linkmenai' estate,majority of which already have their owners.

During the third construction stage, four more A energy class blocks of flats will be built. The area of flats in the blocks will vary from 33 to 79 square meters, number of rooms: from 1 to 4. Price is planned to be around EUR 1400/ per square meter. The first new home owners will be able to move into their new homes in the estate in the fourth quarter of 2019.

Realco will invest EUR 13 million into the third development stage. The company has already invested EUR 30 million into the 'Lakes Linkmenai' by now. The total investment into this project will be EUR 43 million.

Next to the green, closed and safe 'The Lakes Linkmenai' estate, Realco installed public spaces, cleaned lakeshores, is finishing a small park with benches.